Skip to content
FREE DELIVERY INTO THE NORTHERN BEACHES, OVER $80 INTO GREATER SYDNEY AREA, OVER $150 CAN,MEL,BNE and HOB. Perciasacchi means “sack-hole” and owes its name to the pointed shape of the caryopsis that pierced the jute sacks in which the grain was contained during transport. Perciasacchi wheat, an indigenous Sicilian grain, is often mistaken for Kamut quality from America. It is not uncommon to hear the term ‘Sicilian Kamut’.

While it once characterised crops throughout the Sicilian island, today it is found mostly in limited areas in the Agrigento area, thanks to the passion of those on farms who have wanted to keep the production of this plant and flour alive.

Part of the farro family and very close to spelt, Perciasacchi is a staple in Mediterranean diets and probably the oldest grain in absolute genetic line dated 5,000 B.C. It could be one of the first grains brought to Sicily by the first civilizations from the lands between the Tigris and the Euphrates, now Syria, where agriculture began.
Perciasacchi wheat is used to produce products with a strong, wild and natural character. It is characterized by strong roots and very long and amber grains, recognizable because it is very different from other varieties, for this reason it does not lend itself to sophistication. Its production is small, but very sought after.

Thanks to the graniculture station of Caltagirone that has reproduced the seed for years, we were able to recover this variety, starting from only 200g of wheat, which was donated to one farmer in 2005 by the station, today Perciasacchi is much more wide spread around Sicily.

Perciasacchi wheat has been rediscovered and revalued as a cereal of excellence. The plant has is about 1.80 m high (higher than the common wheat) and for this reason it naturally fights weeds that cannot grow under its foliage, allowing it to adapt well to organic farming.

Perciasacchi wheat has higher percentages of healthy lipids, amino acids, vitamins and minerals, as well as high digestibility characteristics; it represents a sweet and exquisite alternative for the preparation of all products currently used with traditional wheat.

The fiber found in this grain is linked to the prevention of heart disease and diabetes, reduced LDL cholesterol, and reduced breast cancer risk. It is also an excellent source of vitamin B2, manganese, thiamin, and copper.
Low in fat but rich in vitamins and minerals, farro fills your belly without having many calories.

Perciasacchi wheat is free from any contamination by mutagenesis-induced x- and y-rays of radioactive cobalt, unlike irradiated GMO durum wheat varieties used in agriculture today.

It seems founded the hypothesis, that the genetic modification of modern grain varieties, is related to a modification of their protein, and in particular of a fraction of it, gliadin, which is a basic protein, from which by peptic-triptic digestion, a substance called Frazer fraction III is obtained, to which is due the inflammatory enteropathy and therefore the malabsorption (gluten intolerance and allergies). 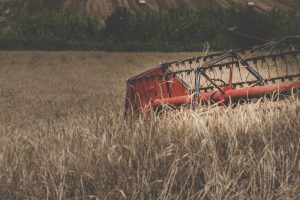 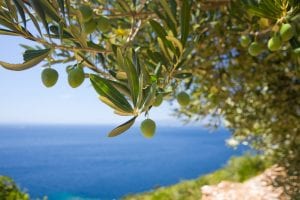 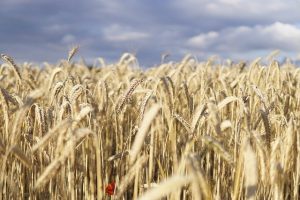